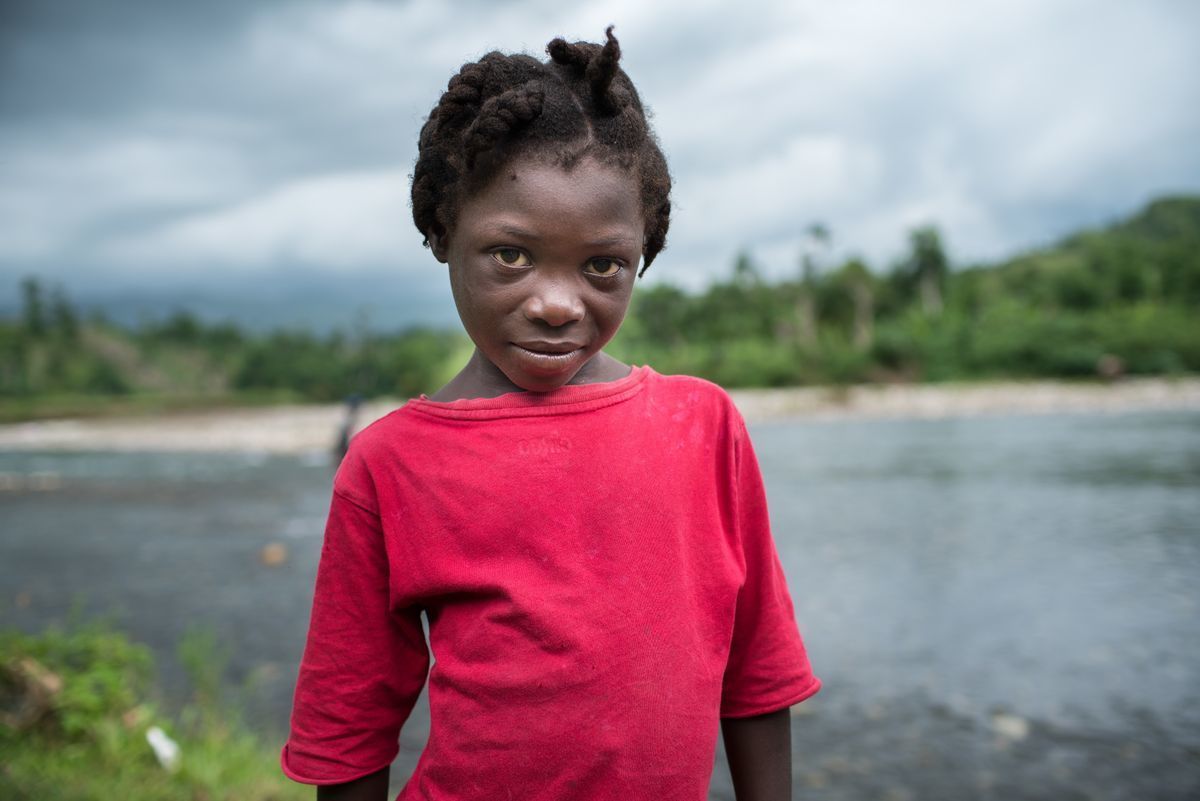 In a village tucked in the southern peninsula of Haiti is a family whose lives are struck by hardship.

But they’re not your average family. Or at least the picture of a family you may be familiar with.

A grandmother and two granddaughters make up a home in the Grand Anse River valley, an area where the average family lives on less than one dollar a day.

Fania’s* parents have been gone since she can remember. After the hurricane, each of them passed away from cholera. As Fania gets older, she starts to wonder, “What will happen when Grandma passes away?”

The question plagues her because Fania’s beginning to realize there might not be any options other than making it on their own.

But there’s a real danger to making it on your own in Haiti, and these two young girls are no strangers to that. Just a few months ago, two orphans they knew disappeared, and no one has been able to find them since.

One of the brutal truths about Haiti is the lack of protection and rescue for children like Fania and her sister. Though I wish I could give you a simple answer to why this is, the reality is—it’s a complex, interwoven issue.

Broken governments, intruding foreign entities that do more harm than good, a lack of social services, and a profoundly impoverished nation leave Fania and her sister to deal with a harsh truth—she and her sister will be completely alone after their grandmother passes.

Though a young girl can’t understand why life is so difficult, Fania knows she’s not the only one struggling.

According to the USAID, two and a half million Haitians live in extreme poverty, nearly one-fourth of the population.

With few options for survival, children are prone to exploitation for families to survive. The US Department of Labor estimates that over 650,000 children in Haiti are involved in some form of child labor.

In particular, girls are often sold to affluent families to work as restaveks, or domestic servants. These individuals frequently endure physical, psychological, and sexual abuse, impacting their development and mental health in profoundly devastating ways.

By the grace of God, Fania and her sister will not become another statistic.

One day, Fania hears some commotion from down the lane. Men’s voices call one another, and shovels are digging up mounds of hot dirt. Fania wanders over to her neighbors, who tell her that an orphanage is being built.

She carefully listens as people talk about how this orphanage will be called the Village of Hope and how kids who live there will be loved and cared for by trained, compassionate women endearingly called mamas.

She learns it’s a place for people like her and her sister, a place for kids who have endured homelessness, hunger, and exploitation.

Fania feels a lurch of hope, for she longs for the embrace of her own mother and a safe place to come home to. And for the first time in a long time, she believes she and her sister may be okay.

That’s why the Village of Hope exists. To provide hope for a future. To provide a refuge for young children healing from abandonment, exploitation, and trauma. To provide a Christ-centered, gospel-filled home for kids to grow into young adults, ready to flourish.

*Name has been changed to protect the child’s identity.

To learn more about the Village of Hope and how you can support such important work: