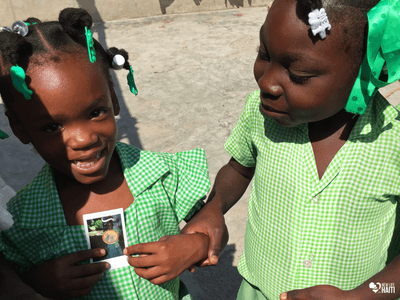 Marnie Van Wyk here. On Monday, November 15, 2021, I felt a little perturbed. I hadn’t heard from our field director, Vilex Plaisir, all day, and I was waiting for answers to some critical questions about a construction project. Finally, at 8:43 p.m., I received this message:

“Sorry, Marnie, for the late answer. I had a difficult day with a lot of sorrow.”

In Haiti, when the word lapenn (Creole for “sorrow”) is used, it almost always implies the kind of sorrow that comes with death. That was the word Vilex used.

And when he used the word difficult in the same sentence (which, for us, implies a mild challenge, but in Haiti connotes something very different), I knew he was about to share something devastating.

And indeed, it was. The following text from Vilex said this:

“We have a little girl in the (child sponsorship) program. She is dead. I just saw her last week, and I took her picture. I received her letter to her sponsor one day before she died. Her name is Kencia Romelus, one of our kids in Plik. I have not talked to her family yet to know what happened to her, but . . . she was swollen all over her body.” 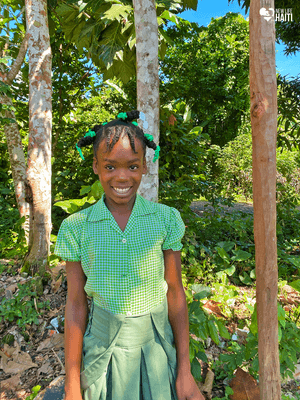 It’s hard to describe what I felt at that moment. Sick to my stomach. Remorse that New Life for Haiti could not prevent this. Despair for Kencia’s parents.

As a mother, I cannot imagine trying to survive the loss of my child.

Kencia was one of the girls I met on my first trip to Haiti. At that time, she was a toothless kindergartner, just starting school up in Plik, one of the mountain communities New Life for Haiti serves.

Kencia had a smile as bright as the Haitian sun and an infectious giggle that exploded when she was around her friends.

Kencia was a little scared of us because the folks up in the mountains above the Grand Anse River don’t see too many blan yo. She cried a little when she first met me, but the teddy bear I brought made her smile. 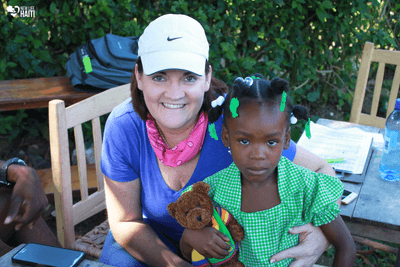 But Vilex . . . he was a different story! Kencia loved Vilex and laughed at his silly ways of disarming the kindergarteners he interviewed for enrollment into our child sponsorship program. 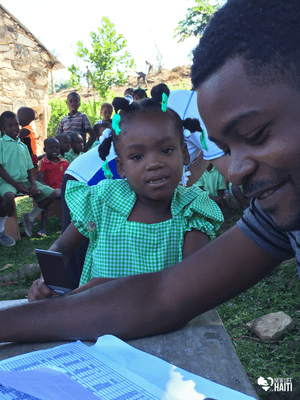 When our team left Plik that day, none of us knew how Kencia’s life would end. Still, we had a lot to think about during the two-hour hike down the mountain and the drive back to the mission house: how precious those children were, how very far up in the mountains their families lived, and the dangers that might come with living without running water or electricity and so far away from medical care.

It got me thinking about how many generations of families had lived in those mountains. Ancestors who had perhaps fled there in the early 1800s as Haiti had fought for its independence from France, and how very far away they were from help if it was ever needed. 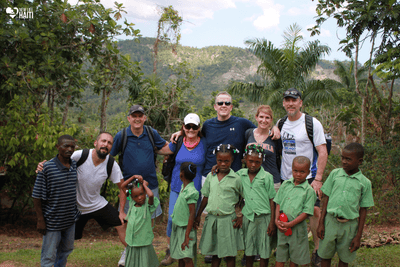 Fast-forward to November 15, 2021. Kencia went running into the arms of Jesus and away from the family and community with whom she shared so much light and goodness. And our hearts broke here on earth.

Haiti has the highest mortality rates for infants, children under age five years, and pregnant women in the western hemisphere (source: https://data.unicef.org/country/hti/).

But it could be so many other reasons.

Because Kencia’s parents never received health education and lack basic knowledge about when to seek help.

Because Kencia drank water from a stream where people do their laundry, bathe, wash their dishes, and where animals cool off.

Because Kencia ate meat that had worms.

Because Kencia didn’t have a mosquito net or repellent to protect her from mosquito-borne illnesses, like malaria, dengue fever, or yellow fever.

And I am reminded.

Despite the discouragements of earthquakes and tropical storms. Despite Vilex risking his life at certain times through political insecurity. Despite the heartache of losing children.

I want to be clear, though, you are having an incredible impact on future generations of Haitian children and bringing hope to Haitian families . . . and yet, there is so much more needed.

You have built a cistern in Chameau and have raised funds to construct another cistern in Quinton . . . and yet, communities like Kencia’s in Plik still need clean water. 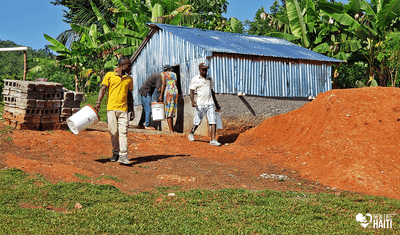 You are providing medical supplies to the local clinic and starting to provide community health classes in the village of Rivye Mawo (on campus at the School of Hope) . . . and yet, there are dozens of communities in our area of rural Haiti that need the same public health education.

Through child sponsorship, an education and hope for the future are being given to some children, and families are being blessed by sustainable agriculture programs. And yet, the needs remain incredibly deep and wide in the Grand Anse River valley—for children like Kencia, who deserve access to clean water and public health education that could have saved her life.

Let’s make sure the beloved children in the communities we serve have the future that Kencia never got.